The most stressful times in your career will be when you are between gigs. Unless you’ve already got something booked, you’re going to feel the strain. It comes with uncertainty. You need to keep focused, your mind in control, and remain attentive. And that’s even when you don’t have a gig so that you can actually find one. It’s because of this that you want as many feelers out as possible. That way you can get booked quickly and extensively. When this happens, you’ll be able to relax.

When you’re relaxed you can plan

If you’re stuck in the perpetual agony between gigs, you’re going to struggle. You won’t even be able to think three steps ahead of yourself. With everything, if you don’t know what you’re going to do next, you can’t plan for the future. I’ve been a victim of this many times. As great as some methods of relaxation are, eventually you’ll go back to stress.

That’s why knowing you’re hired for a gig is one of the most relieving things that can happen. It’s the same with everything. If you don’t have a job, you’re going to stress about that to the exception of everything else. It’s only when your time gets taken up and you’re assured of gainful employment that you can think of your next steps. With the first step given to you, you can go through two through ten.

Plan so you can make a great show

With a relaxed mind, it means that your plan will be better than it could have otherwise been. Setting up a plan for your show will give you a path to follow when you get up onto the stage. At an event, things can happen that throw a wrench in everything. If you have an outline of where things go in your head, you’ll be able to take the bull by the horns rather than get gored.

You want to come out on top of any unforeseen circumstances. For that you need to know where you’re going to go. Every artist makes a set to play off of. A set is a plan to implement in any order so long as everything’s included. So when you are coming up with your set, make sure you know who you’re making it for.

Put on the show for your audience

No two events will ever be the same. This is the case for night to night gigs and for ones that you travel through different cities for. In each of these, you’ll need an altered set to maximize your audience’s enjoyment. When you know where your next show is going to be, you’ll be able to plan for the audience you’ll be performing for.

You don’t want to use material for an audience that won’t appreciate it. So when you know you’re hired you’ll be able to adjust your set accordingly. That knowledge  is so important, because it lets you know what type of show you’re putting on. It will let you relax, let you plan, and let you adjust everything so that it’s just right.

How to Find a Creative Photographer 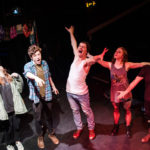 Entertainer Lusine Khachatryan - July 17, 2017
0
Looking for an actor for your upcoming event or project? Then look no further. On Talents List there is an abundance of experienced actors... 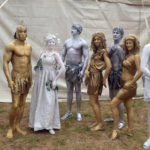 Entertainer Lusine Khachatryan - July 17, 2017
0
Human statues are ideal addition to any event.  This popular type of street entertainment has now become a favorite choice for all kinds of... 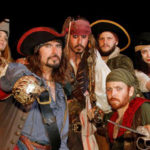 Entertainer Lusine Khachatryan - July 17, 2017
0
Want something different for your party? An entertainment that will delight both adults and children? Then hire Pirate entertainment on Talents list and let... 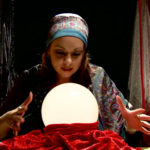 Entertainer Lusine Khachatryan - July 16, 2017
0
Every host’s concern is to have an entertaining event and to see the guests happy and relaxed. If you are organizing a party and... 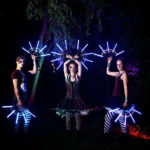 Entertainer Lusine Khachatryan - July 16, 2017
0
Planning a party and want to amaze your guests with something they have never seen before? Then hire LED performers on Talents List and...

Talents List was created with just one goal in mind – To create a community where artists and clients can come together in a friendly environment. We realized that building a super easy to use marketplace was the key and that is why hiring or getting hired on Talents List is as easy as ordering a piece of pie. Listen to sound clips or watch videos of artist in action. Making the right choice is simply a breeze.
© Talents List
MORE STORIES